OPAS OPENS 2022-2023 INTIMATE GATHERINGS SERIES WITH THE OTHER MOZART 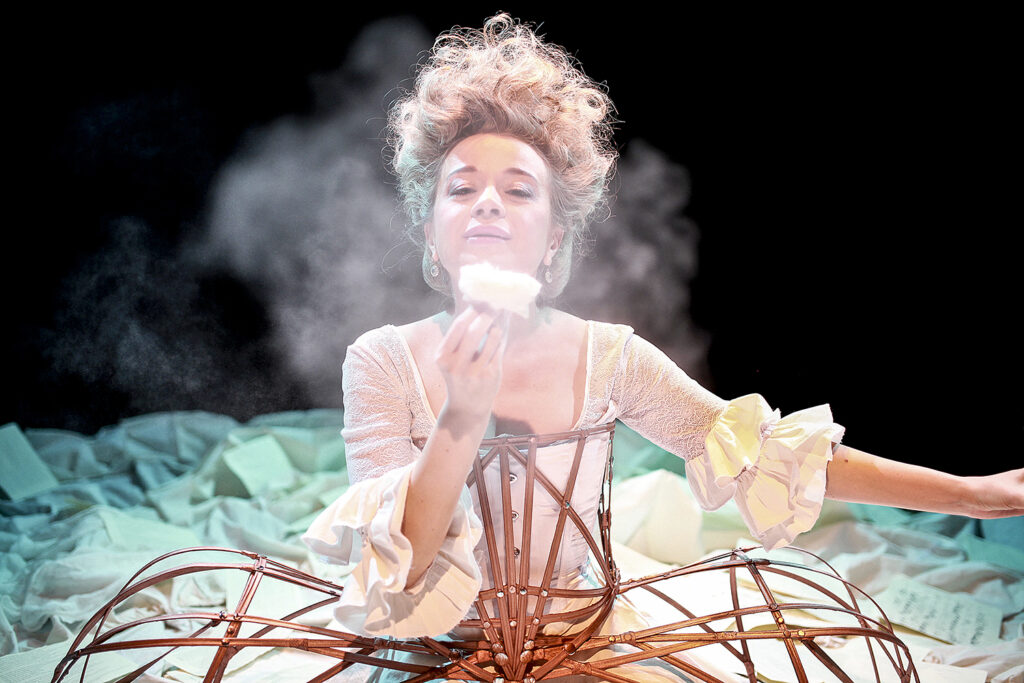 COLLEGE STATION, TX– One of the most acclaimed plays from New York City in recent years will be in Rudder Theatre for one-night-only on Thursday, October 13 to open the OPAS Intimate Gatherings series. Entitled THE OTHER MOZART, the play is the true, untold story of Nannerl Mozart, the sister of Wolfgang. Tickets range from $52-$72 are on sale now at MSC Box Office (979-845-1234 • www.OPAStickets.org). The OPAS Intimate Gatherings series is sponsored by Comfort Keepers.

Sylvia Milo’s award-winning piece tells of Nannerl Mozart, a prodigy keyboard virtuoso and composer, who performed throughout Europe with her brother to equal acclaim. But her work and her story faded away, lost to history. Described by The New York Times as “strikingly beautiful,” the one-woman drama is set in and on a magnificent 18-foot dress, created to fill and spill over the entire stage. THE OTHER MOZART is based on facts, stories and lines pulled directly from the Mozart family’s humorous and heartbreaking letters.

With the opulent beauty of the dress and hair design, the sweet smell of perfume and the clouds of dusting powder rising from the stage, THE OTHER MOZART is a multi-sensual experience that transports the audience into a world of outsized beauty and delight – but also of overwhelming restrictions and prejudice where, finally, this other Mozart tells her story.

Period style movement by Janice Orlandi creates a world of opulence and elegance through articulate delicacy of expressive balletic gestures, reverent court bows, and fan language. Along with music composed by her famous brother and Marianna Martines (a Viennese female composer who inspired Nannerl), the play features original music by Nathan Davis and Phyllis Chen – featured composers of the Mostly Mozart Festival at Lincoln Center. Music has been arrange for the instruments Nannerl knew intimately such as clavichords, music boxes and bells, as well as teacups, fans, and other ordinary objects that might have captured her imagination.

THE OTHER MOZART was developed at the Cherry Lane Theatre in New York City. The play repeatedly returned to Austria in 2014 at the invitation of the Mozarteum Foundation and Mozarteum University in Salzburg. It had a critically acclaimed Off-Broadway run at the HERE Arts Center in New York City and continues touring internationally. It was presented at Toronto University and in Munich at the Pasinger Fabrik and last September at the St. James Theatre in London to critical acclaim.

THE OTHER MOZART is opens the 2022-2023 OPAS Intimate Gatherings series. The remaining programs on the series are THE SWINGLES HOLIDAY (December 1, 2022) and LUCY LOVES DESI: A FUNNY THING HAPPENED ON THE WAY TO THE SITCOM (January 25, 2023).